This is important for the user experience.
Receive a Push Notification when someone writes you a message.

No downloads necessary, just activate it below.
Works on Desktop and Mobiles

No more emails that you have a new message.
Realtime on your screen

Unfortunately your browser doesn't support it YET.
Currently it is only supported by Chrome.
Open Chrome and visit the website again to activate Push Notification.

Firefox will support push notification in their next update.

You blocked the push notification, so you will not receive realtime notifications but emails for all the messages you receive
To unblock click the lock and change permissions

You cannot use this function anonymously, please first login with acebook 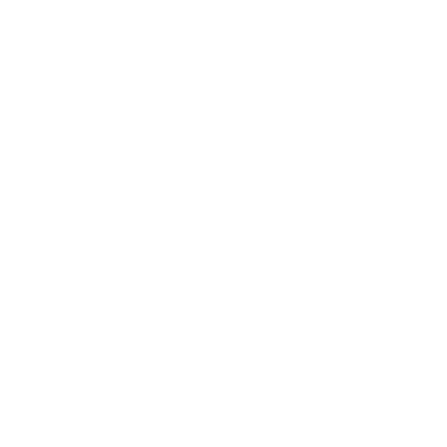 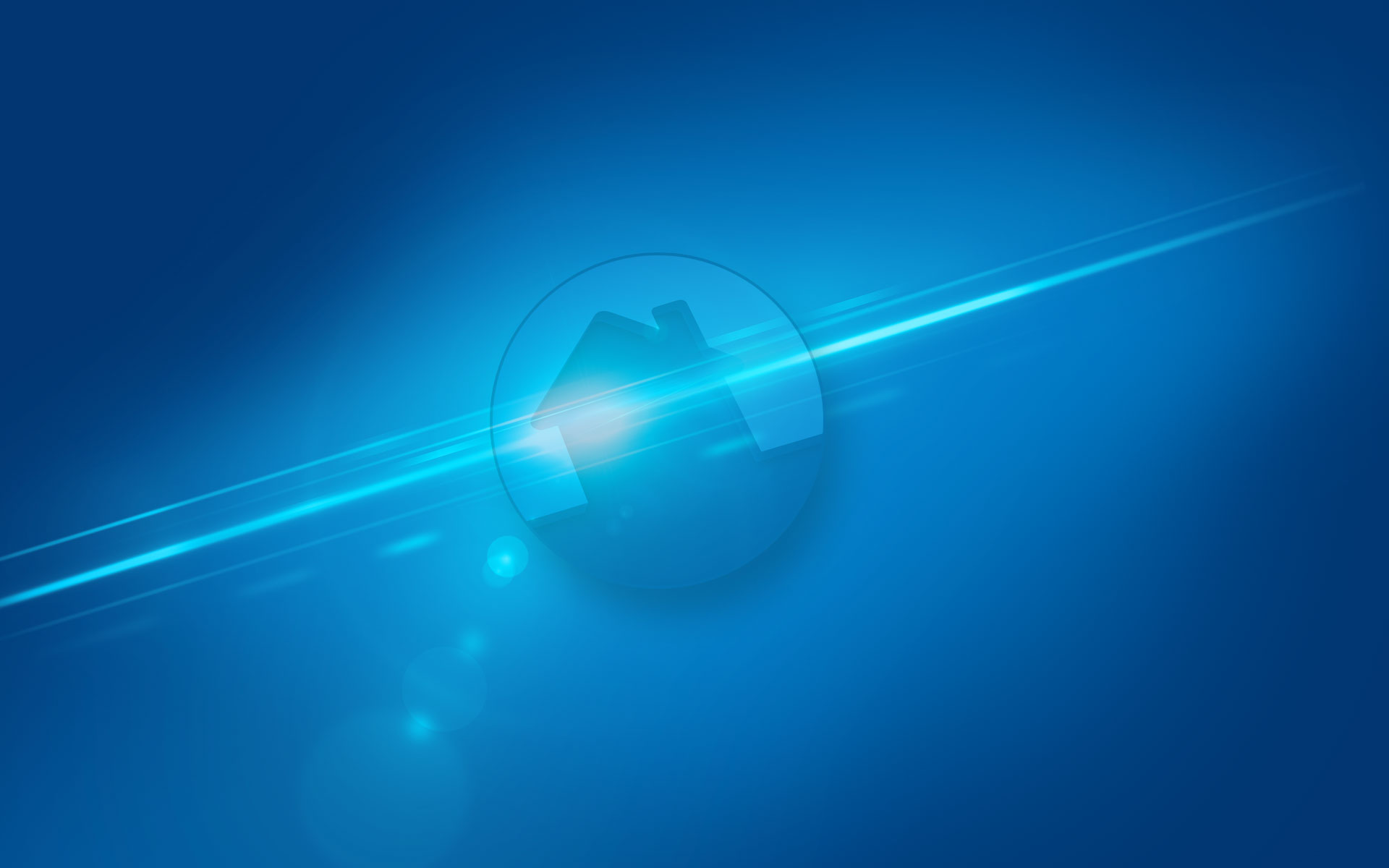 Unfortunately this property is no longer available 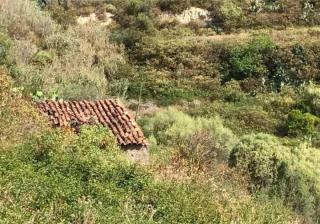 Ideal land located on the road of Pino Santo Bajo, with a total area of 16,640 square meters. It also has two caves of approximately 40 square meters each, located on the sides of a porch, suitable for storing and guarding all appliances, materials and instruments for tillage and agricultural activities. The useful area for the exploitation are distributed in three contiguous terraces, with direct access from the road, as can be seen in satellite photo of time ago. It has all the infrastructure for the reception, storage and distribution of water for irrigation, to the entire area of agricultural use. Its interesting geographical location, direct access to the road, the infrastructure and the excellent quality of the land, provides the characteristics desired by any farmer for his place of work. 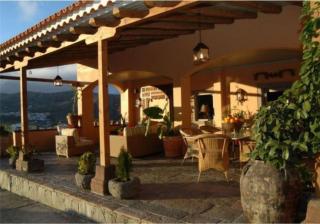 Fantastic Finca - Rural Houses in San José de Las Vegas (Santa Brígida). Excellent investment for both tourist exploitation and mixed residence. Located in a spectacular area of ​​41,000 m² of land, with a total constructed area of ​​1,550 m2, distributed in a large main house that has 700 m² of living space and stately English style, plus four homes prepared with operating licenses in force for the activity of Rural House and three houses to rebuild in rural houses.

In the rest of the farm it has common areas such as the Swimming pool - Solarium - Barbecue area, it has a greenhouse, aviary, three ponds (one with more than 10,000 m3 capacity), water well, large parking areas, lots of fruit trees and a palm grove. Property completely fenced in its perimeter.
Beautiful unobstructed views of the San José de Las Vegas valley, located in the so-called Barranco del Colegio, is located just 3 minutes from downtown Santa Brígida and another 12 minutes from the Capital of Las Palmas de G.C.

DESCRIPTION OF THE DIFFERENT HOUSES. In the photos there is a plan with their distribution.
MAIN HOUSE.-It has different rooms and rooms to relax, while enjoying the good climate of this area, 5 rooms, office, 5 bathrooms, kitchen, service area, covered terrace and different leisure areas. 700 m² surface.

CASA B.- Two-storey apartment distributed between a large living room and kitchen on the first floor, bedroom and bathroom on the second floor. 100 m² surface. Vacation Housing License.

CASA F.-House on one floor with a gable roof, divided into a kitchen room and two rooms with independent bathroom in each, has a very large terrace for total privacy enjoyment. Surface 104 m². Rural house license. 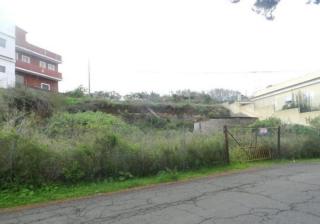 Great plot of 500mts. with project and license where you can build your home
in a very quiet area by Santa Brígida. 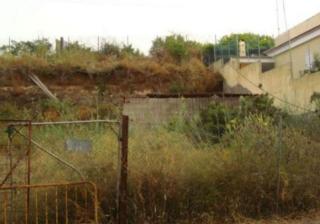 Solar with project and license in a very quiet area surrounded by nature,
Where to make your dreams come true. 1000mts plot. 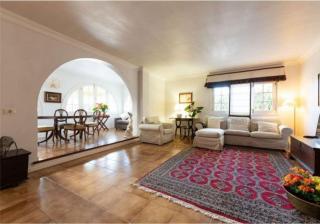 It is offered for sale Spacious and beautiful Villa with mountain climate, within the tranquility that gives a neighborhood with exclusive traffic of those who go or come from any of the houses built there.
The house is located on a short street with only one entrance and exit, which gives greater privacy to those who live there;
The Villa has two floors that together total approximately 234 M2, distributed in 5 bedrooms, 2 bathrooms plus toilet, spacious living room, separate dining room, equipped kitchen, 2 storage rooms, large room for washing and ironing, closets in almost all bedrooms, terrace , all in perfect condition, garden with fruit trees and space for grills and other uses. Garage for two cars. 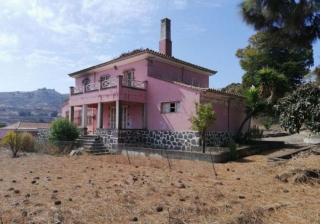 Rustic property located in the area known as Paradise in the municipality of Santa Brígida. The property has a plot of about 4,500 m², of rustic and agricultural land. It houses a two-story house-villa with a side garage of approximately 250m² built. This house needs to be rehabilitated, which gives the possibility of finishing it to the taste and need of the future owner.

Within the plot is another construction with several rooms on a single floor of 87 m². And independent a fourth implement.
Ideal property to perform different activities, focused both on the agricultural environment, as a workshop farm. Possibility of Rustic Hotel, since the two constructions would help you to divide the services. Regular residence and enjoy ample space and only 25 minutes from the capital.
If your interest is another, as a property to devote to tourism, I invite you to visit it and value all the possibilities it has. 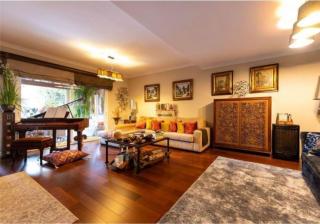 Fantastic duplex apartment in Montebravo, on the ground floor where you will only have one neighbor on the top floor.

This property stands out for its luxurious garden with pool and a seo, suitable with all the details to enjoy the outside.

Inside it is distributed on two floors and has three bedrooms, two bathrooms, fully furnished and equipped kitchen, in addition to a spacious living room.

The price of this property includes 2 parking spaces and a storage room.
Do not hesitate to ask for more information and if you want to make a visit. 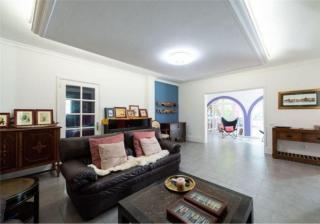 Large terraced house in El Monte Lentiscal. It has 5 bedrooms, one of them en suite and dressing room. 3 bathrooms. Fully equipped kitchen with high quality appliances. Dining room of more than 30 square meters. All this distributed in its almost 200 square meters that the property owns. It is a very bright house thanks to its orientation and where you can enjoy its terraces and garden area with barbecue. Renovated in 2016, it has parquet and ceramic floors. It is a perfect house for families because of its great breadth and distribution. It also has several schools, public transport, supermarkets, pharmacies and one of the most emblematic areas in the area. 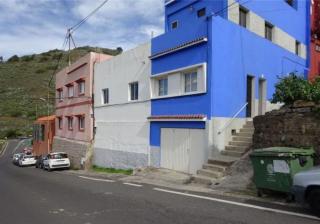 Terraced house Terrera, Bandama, municipality of Santa Brígida, located in the heart of one of the most representative natural enclaves of the island of Gran Canaria, the Caldera de Bandama. Well connected by road, the house is located in a rural village typical of the medians, very close to the caldera, the golf course and the neighborhood of La Atalaya. Easy parking area.

The house, square, is distributed in two bedrooms, kitchen, living room and a bathroom; to highlight the views that we can contemplate from the kitchen and one of the bedrooms. The roof is passable and we access it thanks to a portable staircase, although the regulations allow the development of improvement works, both for access to the roof, and for its conditioning, creating a terrace, for example. 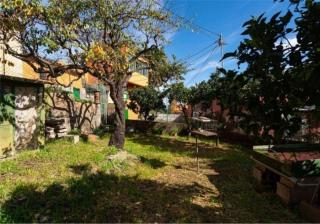 Renovated house in Green Cover area surrounded by vegetation to enjoy the tranquility. It has three bedrooms, bathroom, kitchen and living room with a large central terrace. Surrounding land of about 120 meters.